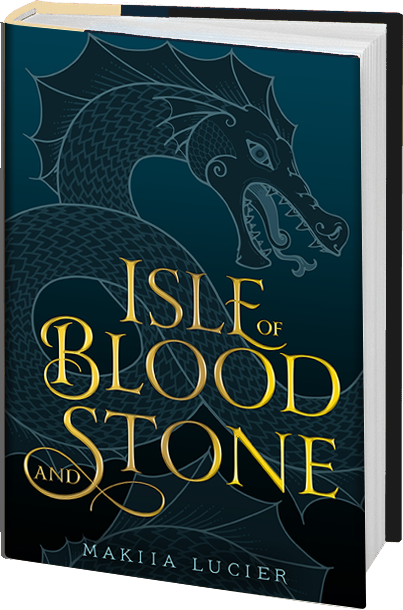 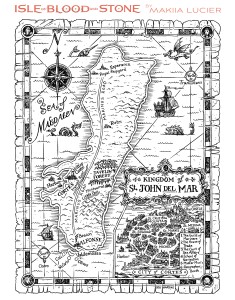 Ulises asked, “How can I look at these maps, see this riddle, and do nothing? They are my brothers.”

Elias reached across the table and flicked aside two shells with a fingertip. The map curled into itself. “It’s bound to be a goose chase. You know that?”

“Or a treasure hunt,” Ulises countered, “and you’ve always been good at those.”

Nineteen-year-old Elias is a royal explorer, a skilled mapmaker, and the new king of del Mar’s oldest friend. Soon he will embark on the adventure of a lifetime, an expedition past the Strait of Cain and into uncharted waters. Nothing stands in his way…until a long-ago tragedy creeps back into the light, threatening all he holds dear.

The people of St. John del Mar have never recovered from the loss of their boy princes, kidnapped eighteen years ago, both presumed dead. But when two maps surface, each bearing the same hidden riddle, troubling questions arise. What really happened to the young heirs? And why do the maps appear to be drawn by Lord Antoni, Elias’s father, who vanished on that same fateful day? With the king’s beautiful cousin by his side-whether he wants her there or not-Elias will race to solve the riddle of the princes. He will have to use his wits and guard his back. Because some truths are better left buried…and an unknown enemy stalks his every turn.

Isle of Blood and Stone, the first in a duology, is a sweeping historical fantasy full of intrigue and schemes, romance and friendship, and fearless explorers searching for the truth.

“(A) lush historical fantasy…Combining rich descriptions with a compelling mystery, Lucier (A Death-Struck Year) creates a vibrant world populated by appealing characters and enhances the story with subtle magical elements, a hint of romance, and a dose of political intrigue. The unusual inclusion of cartography as a plot device further distinguishes this satisfying adventure.” —Publishers Weekly, starred review

“Lucier has crafted an exciting plot of attempted murder and betrayal that simmers just below the surface, right up to the breathtaking twist in the final pages…Highly recommended where Tamora Pierce, V.E. Schwab, and Rachel Hartman are popular.” —School Library Journal

“In these days of plugging addresses into our phones and letting GPS tell us where to go, it’s hard to remember back to when maps where physical objects that required engagement. The mystery at the heart of Makiia Lucier’s invigorating fantasy novel makes a persuasive case for the pleasures of spreading the world across a table and charting your course.” —Chicago Tribune

“(Elias) is the Captain Jack Sparrow of YA, only dreamier and not as stupid!…I could not find one thing wrong with this book.” —The Nerd Daily

“Lucier has written a lovely mystery and an enchanting romance. Though this novel is listed for ages 12 and up, adults will also find it entertaining. Indeed, some may actually think so often of it while going about their daily chores, they’ll be eager to get back to that next chapter.”—New York Journal of Books

“(A) commanding novel.” —The Center for Fiction

“(T)he perfect fantasy novel for those who appreciate a dramatic mystery with a bit of romance.” —Bulletin of the Center for Children’s Books

“A romantic maritime epic and a charming tribute to mapmakers, calligraphers, and explorers.” —Kirkus

“Full of intrigue, mythical creatures, and astonishing surprises, this historical fantasy by the acclaimed author of A Death-Struck Year will keep readers guessing from the very first page.”–Barnes & Noble Teen

“In a story with twists at every turn, Lucier paints a vivid world where sea serpents abound, royal mapmakers spend their lives at sea, and friendship and romances are tested. Elias is a sympathetic character, and readers will delight in his (mis)adventures.”–ALAN Pick, Assembly on Literature for Adolescents

“The plot moves briskly, and the characters are dynamic…(A)n absorbing mystery.”–VOYA, Voice of Youth Advocates