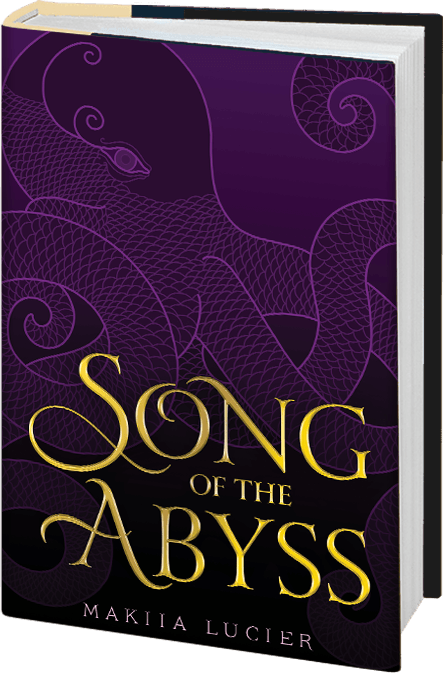 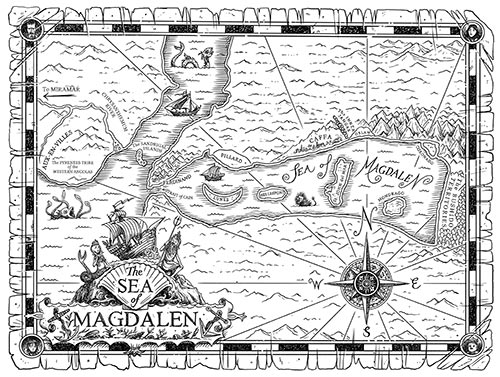 They came in the night as she dreamt, in her berth, on a ship sailing home to del Mar. After, they would be all Reyna thought about: two carracks painted scorpion black. No emblem on either forecastle, no pennants flying above the mainmasts to hint at a kingdom of origin.

As the granddaughter of a famed navigator, seventeen-year-old Reyna has always lived life on her own terms, despite those who say a girl could never be an explorer for the royal house of St. John del Mar. She is determined to prove them wrong, and as she returns home after a year-long expedition, she knows her dream is within reach. No longer an apprentice, instead: Reyna, Master Explorer.

But when menacing raiders attack her ship, those dreams are pushed aside. Reyna’s escape is both desperate and dangerous, and when next she sees her ship, a mystery rises from the deep. The sailors–her captain, her countrymen–have vanished. To find them, Reyna must use every resource at her disposal . . . including placing her trust in a handsome prince from a rival kingdom.

Together they uncover a disturbing truth. The attack was no isolated incident. Troubling signs point to a shadowy kingdom in the north, and for once, the rulers of the Sea of Magdalen agree: something must be done. But can Reyna be brave enough to find a way?

From the writer who “expertly weaves in historical details” (Kirkus), and has been called “brilliant” (Booklist), “marvelously complex” (The Buffalo News), and “masterful” (Horn Book), comes a sweeping standalone fantasy perfect for fans of Tamora Pierce and Rachel Hartman.

*Teen Magazine The Best YA Books of 2019

“One of those rare books that is just as good as its predecessor…Every now and again I catch myself thinking about the characters and kingdoms and wondering what wild and exciting thing they’ve gotten themselves tangled up in now. Wherever Makiia Lucier chooses to go with her next young adult novel, you can bet I’ll be there ready and waiting.” –TOR.com

“Reyna ranks with Katniss Everdeen from Hunger Games and Dashti from The Book of a Thousand Days as one of those rare characters who feels completely realized in her strengths and depth as well as her limitations…This makes for a thoroughly enjoyable read peopled with satisfyingly complex villains to serve as foils to heroines and heroes who will stand the test of time.” –ALAN Pick, Assembly on Literature for Adolescents

“Lucier’s fantasy world-building is exquisite and the romance is heady. Fans of Isle of Blood and Stone will thoroughly enjoy this return to the enchanting Sea of Magdalen.” —HORN BOOK